Greetings from Sioux Falls! My favorite local hockey team, the Sioux Falls Stampede (AKA The Herd) of the USHL, launched a contest to design an ugly Christmas sweater. The winner gets a jersey (& snowblower) and gets to drop the first puck at a game. The team wears the winning jersey and then auctions them off for charity. I was a finalist in the contest, but my design was not the winner this time around. Below is how I created my entry.

I've shared season tickets for many years and I am a bit of a jersey hound. I follow Uni-Watch (highly recommend) and have a background in software development.

I'm a Big Lebowski fan and have an authentic cowichan sweater like the one in the movie. 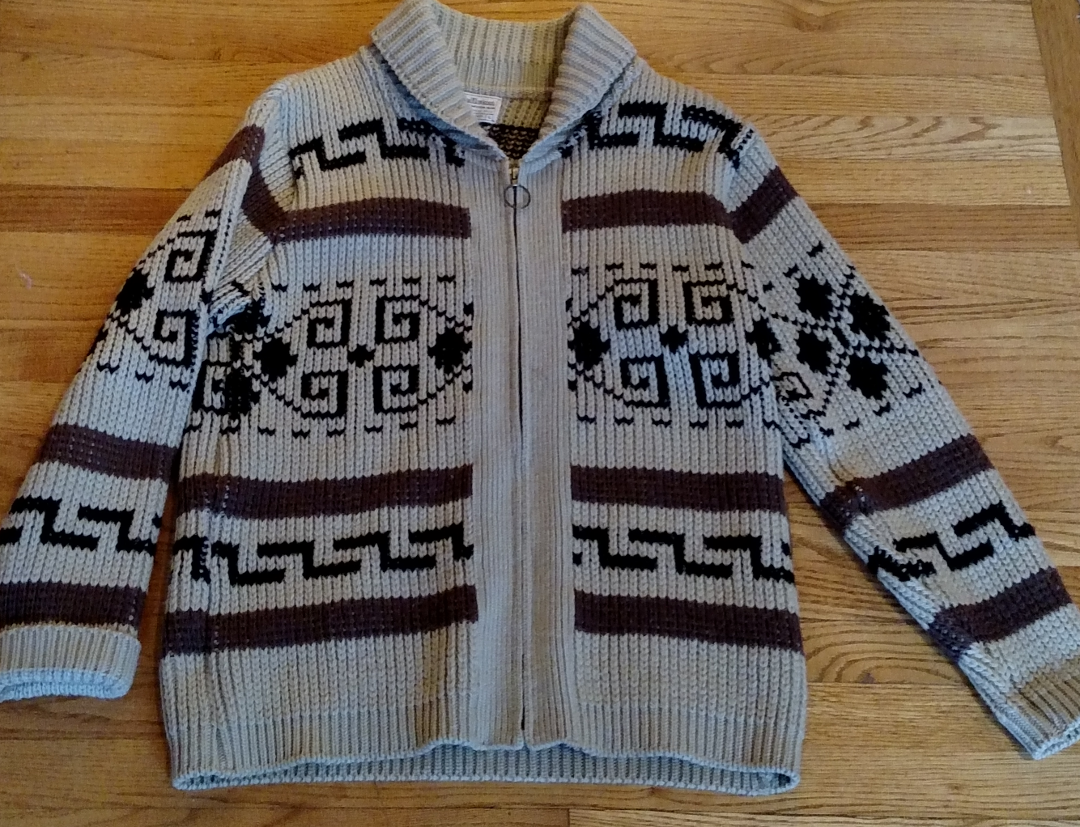 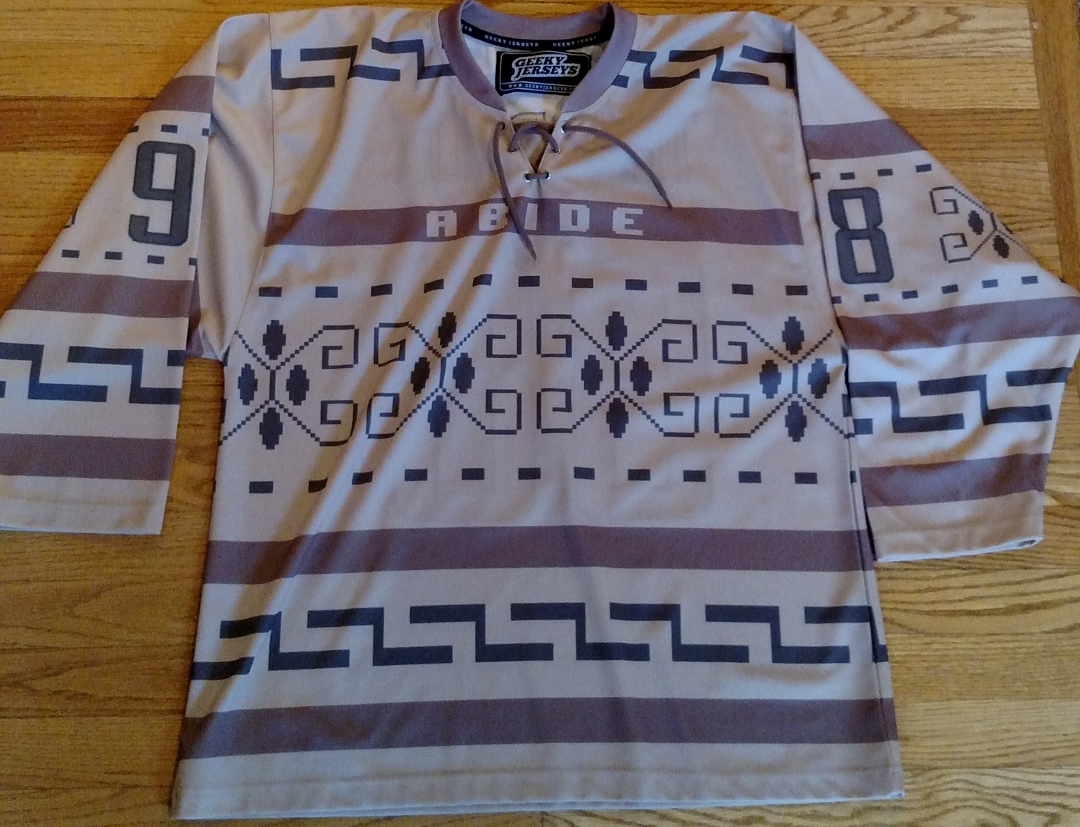 I liked the jersey, but with the advancements in sublimation jersey printing, I thought it would be cool to have one that looked more like the real one.

I created a sample knit square from my sweater and used it as the base image. Then I used GIMP to change the color as needed for the thread. Here it is in white thread:

Using my sweater as a guide, I was able to calculate the number of stitches per inch to make a realistically sized grid of knitted threads.

The Stampede use four colors in their jerseys: Blue, Gold, Black & White. I used blue because of personal preference and I thought it still had a holiday feel.

This is Stomp, the mascot of the Sioux Falls Stampede. I created a simple 3 color bitmap image. My 7-year-old son is deadly afraid of Stomp and asked me to make it look less scary.

Then I wrote a software program to then render this bitmap as a knitted fabric from a Lebowski sample one stitch at a time. 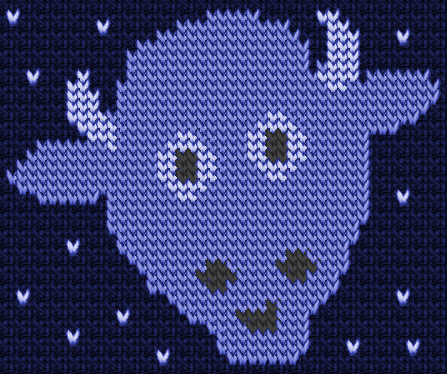 I played around with various patterned rows that I repeated for the width of the sweater.
Then I added the script Stampede logo on front. 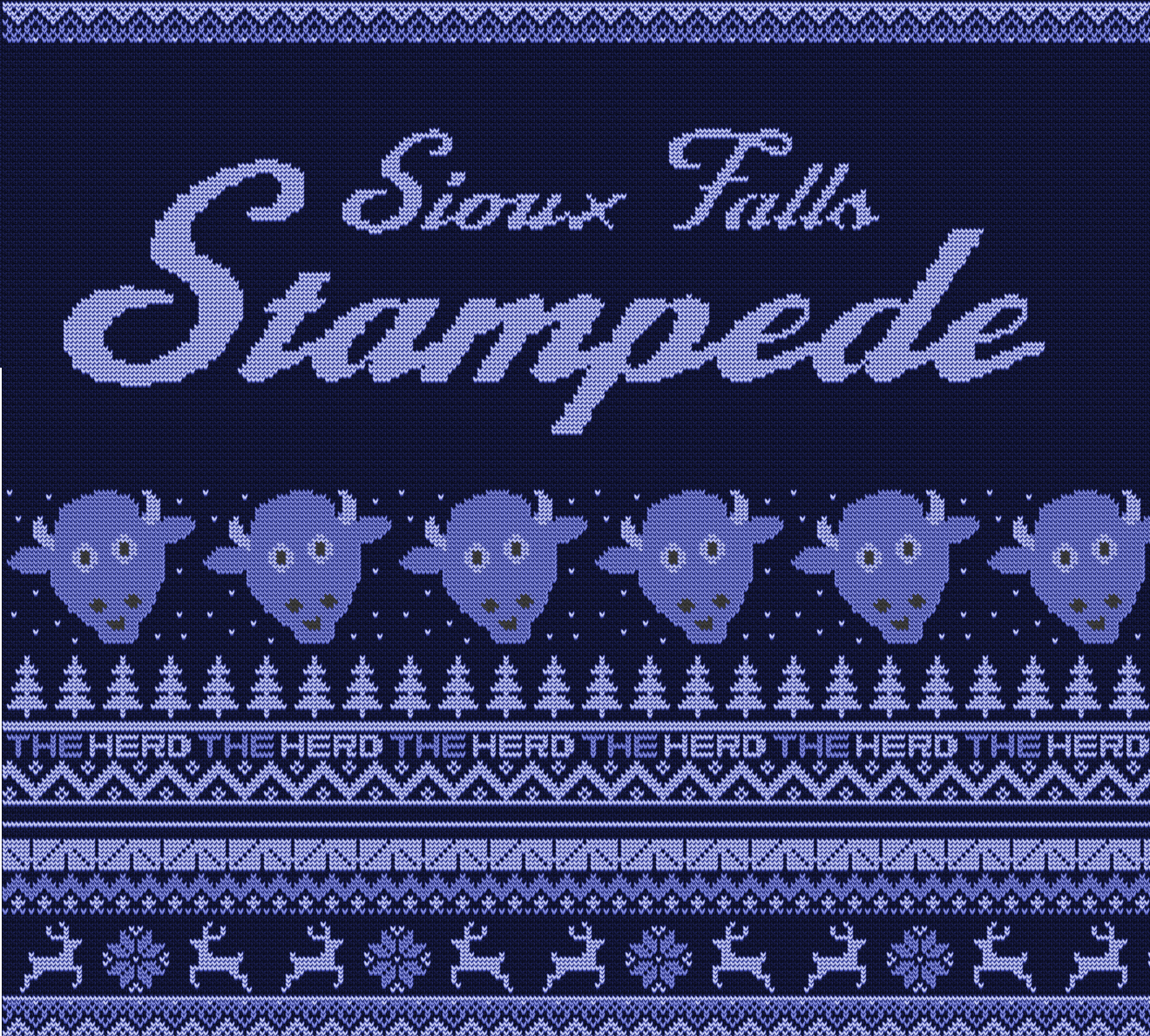 I assumed they would still stitch on the names and numbers, so I didn't include those in my design. 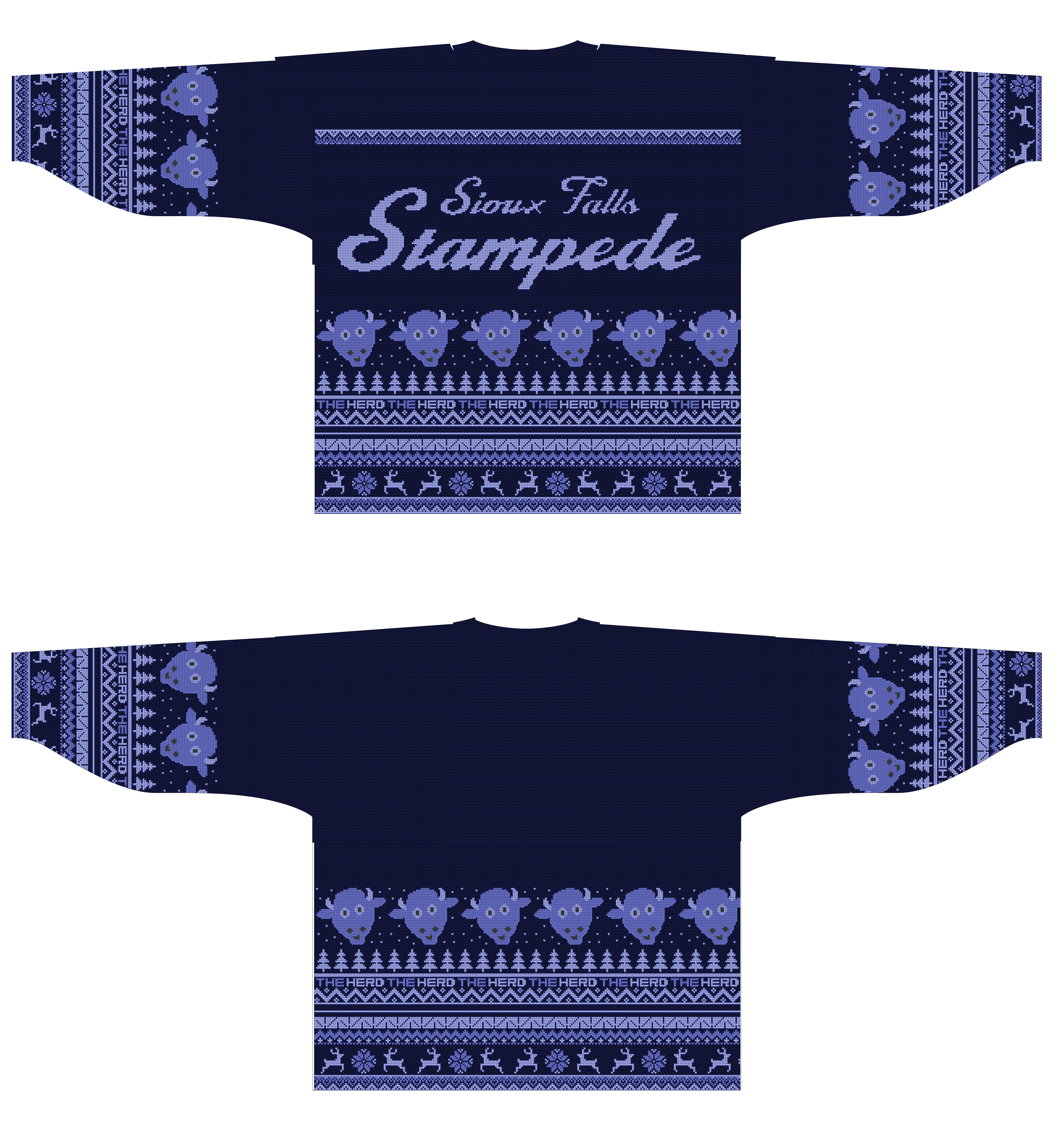